are each a word in a great conversation,

In the Great Conversation

Margaret Hasse, poet, writes in a voice described by Naomi Shihab Nye as “potent, clear-cut, honest – no posturing, no distractions. All heart and soul and care.” You can read her books in your book club or by yourself, attend her readings, join her poetry classes, use her manuscript critique service, collaborate on a project, or surprise her.

Summoned, Hasse’s sixth full-length collection of poetry, was launched at Rain Taxi's Book Festival in October 2021.  It's title comes from a sign at the Floyd Memorial: "All mothers were summoned when George Floyd called out for his." Her writing has been described by reviewers as lyrical and grounded, often based in narrative that finds radiance, meaning and sometimes humor in everyday experience. A suite of poems within the book entitled “Another Day of Being White” concerns current American strife, inequities, and division, and how we are all called to be better human beings.

Shelter, a new collaborative book with poems by Margaret Hasse and paintings by Sharon DeMark offers words and images of places of safety and comfort. Poetry and art are pleasures in all times but are particularly meaningful in a perilous passage, such as now. Available on Itasca Books or Amazon or your favorite bookstore.

Read the article about Margaret and Sharon and their new book Shelter in the Highland Villager here.

Watch the virtual Launch Event for Shelter sponsored by SubText Books. Watch Hasse and DeMark at the launch that was held on October 6 2020. with reading, conversation, and audience Q&A here.

Margaret's poem “What the Window Washers Did” appeared on The Writers Almanac on Saturday, October 24th. here 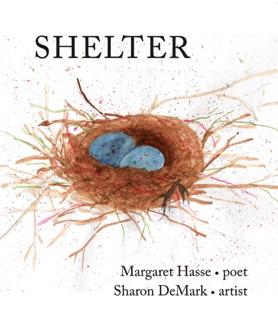 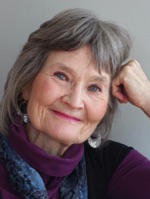